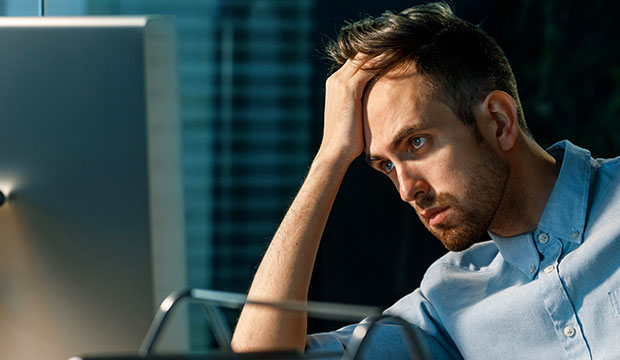 Many Americans lack the digital skills needed to be productive members of the workforce in the 21st century, according to a report released Monday by a Washington, D.C. think tank.

In essence, the ITIF reported, one in six working-age Americans are unable to use email, web search, or other basic online tools.

"It begins with insufficient teaching of digital skills in the K-12 education system. Only a quarter of U.S. high schools have computer classes," the report's author, ITIF Director of Global Innovation Policy Stephen Ezell told TechNewsWorld.

"They don't like the hard sciences, and they haven't developed their math skills," he told TechNewsWorld. "That just leads to a country lacking in basic digital skills."

The report noted that more high school students in California take a class in pottery than in computer science.

The lack of workforce digital skills is particularly acute in certain industries, according to the report.

Across the U.S. construction, transportation and storage industries, half of all workers have no or only limited digital skills, while that share is over one-third across the health and social work, manufacturing, hospitality and retail and wholesale industries, it continued.

"If you look at private sector investment in workforce training, it has fallen 30 percent as a share of U.S. GDP over the past 20 years," he added.

The same is true of the U.S. government.

"If you look at programs offered by governments, the U.S. government invests about one-sixth the OECD average in labor market retraining among the leading countries," Ezell explained. The OECD -- Organization for Economic Co-Operation and Development -- is an organization formed by 37 democracies with market-based economies collaborating to develop policy standards to promote sustainable economic growth.

That could change in the future, however, if the Biden Administration Build Back Better bill becomes law. The measure contains US$20 billion for youth and workforce development initiatives. "Twenty billion is a serious and important investment and is one of the strongest elements of the act," Ezell said.

"There's also $55 billion designed to close the digital gap," West added. "That will help those unable to take advantage of digital technology because of a lack of broadband."

In one OECD survey in 2012 involving 14 countries, the U.S. ranked fourth, trailing nations such as New Zealand and Mexico.

Meanwhile, a 2021 study by Coursera, an online education provider, ranked the U.S. 29th out of 100 countries and noted despite the rapid rate of digital transformation, U.S. digital skills proficiency falls behind that of many countries in Europe and Asia.

Relative to learners from the 100 other countries in the study, Coursera found U.S. learners lagged behind in a number of digital economy skills, including operating systems, cloud computing, and mathematics, but "show room for growth" in business skills such as communication, entrepreneurship, and leadership and management.

"Many of the countries have put more money into education and a greater emphasis on worker retraining programs," he continued. "Those are areas where the United States has to do better in order to remain competitive."

Digital skills will become increasingly important in the 21st century as the digital economy contributes more and more to the GDP of all nations, the report explained. In 2016, the digital economy accounted for 22.5 percent of global GDP. In 2022, one estimate pegs its contribution at 60 percent.

Countries that wish to successfully compete in the global digital economy must cultivate workforces possessing the requisite digital skills so that industries, enterprises, and even individuals can thrive in the digital environment, the report maintained.

Workforce development, though, is only part of the digital skills problem, Ezell observed.

"The availability of digital platforms inside American households is also a problem," he noted. "One study found that 23 percent of households don't own a desktop or laptop computer and more than seven percent of Americans don't use the internet."

"The broad challenge of digital literacy is something we have to work on," he said.

"The availability of alternative forms of education -- online universities, massively open online courses -- gives us as a society the ability to provide content for additional skills training," he continued.

"Encouraging greater use of those things would be very helpful," he added.

In addition, just as the pandemic jolted digital transformation, it is also fueling retraining efforts in organizations.

According to a report released in April by global management consulting firm McKinsey, skill-building is more prevalent than it was prior to the pandemic, with 69 percent of organizations doing more skill-building now than they did before the Covid-19 crisis.

"There's a lot of retraining taking place as the world moves from an industrial to a digital era," West said. "Both public and private entities are trying to train people for the workforce needs of the 21st century. Over time, this problem will dissipate, but right now, it's a big issue."

"Digital skills and the access to them is a very serious diversity, equity, inclusion and national security issue," added Deidre Diamond, founder and CEO of CyberSN, a cybersecurity recruiting and career resources firm in Framingham, Mass.

"All humans must be digitally skilled in order for individuals, organizations, governments and societies to thrive," she added.